As someone with a passion for culture, travel and food I love the idea of a home hosted dinner. The concept is a simple one; your host cooks and shares a traditional meal with you, at his or her place.

I had the chance to attend a home hosted dinner recently (You can also go for lunch). The cost of the meal includes your return transfers and I was picked up first. We collected the other guests from the beautiful and manicured Victoria Falls Hotel. The other attendees were two American couples. As we moved in the bus away from elegant lawns and colonial architecture into Chinotimba the sounds and smells coming through the windows which we had opened became more intense. It was as if we were watching Mother Africa peel off layers of adornments to reveal her heart.

In Chinotimba the streets are uneven and crowded; crowded with women dressed in colourful ‘chitenge’ fabric wrappers and firewood precariously balanced upon their heads; crowded with children playing and laughing; crowded with old men chatting in the street. Whereas at night the streets in the centre of town were quiet Chinotimba was full of life. There was a sense of palpable excitement in the bus.

We pulled up at a small European style house in close proximity to its neighbours. Our host Tshipo made her way down the front steps. She was dressed in a traditional ‘wrapper’ made from local fabric around her waist and had another as a head-dress. She welcomed us warmly, clasping our hands in both of hers as she greeted us. Her yard was swept clean and rather than an ornamental garden it housed rows of vegetables (Tshipo proudly told us that this is typical here where most households grow and use vegetables). Children of varying ages shyly peeked at us and darted forward to touch a hand or ask questions. After we had all been introduced our host showed us into her living room.

From early on the interaction was very human; everyone wanted to know about each other ‘Where are you from?’, ‘Are these all your kids?’ Once we got to know each other we were seated. Tshipo had prepared the meal prior to our arrival and there were multiple covered dishes. Tshipo opened them one by one and explained the different dishes as she served them.

There was sadza (polenta or maize meal) the staple of all of Southern Africa, kale with a peanut (similar to satay) sauce, kale sautéed with onion and tomato, Kapenta (small, dried and salted fish), beef stew, chicken stew and a side of Mopane Worms (dried caterpillars) for those who were adventurous. The table burst into laughter when a guest enquired about the tiny kapenta fish ‘How do you find a hook small enough to catch them?!’ and Tshipo responded ‘We use a net’.

As we ate we talked loudly and excitedly, the guests and host shared images of their grandchildren… We learned that everyone had far more things in common than different. And after dinner, the children who had eaten in the kitchen with their grandmother crowded around to meet us. An American lady started singing songs her children had liked to one of the little girls and the next thing we knew we had a sing-a-long. The little children were really excited to sing for us so we got to hear a few Ndebele songs before Tshipo sternly reminded them of bedtime on a school night and ushered them off.

After a cup of tea or coffee with our host it was time to return to our hotels and we said a warm farewell to Tshipo. It was a delightful evening and an experience I would recommend to anyone visiting Zimbabwe. The experience is so genuine. You have an interaction that is deceptively simple, yet somehow meaningful; the sharing of a meal. If you’re lucky you’ll make a friend as we all did exchanging email addresses and swapping photos.

Text and Images by Sarah Kerr 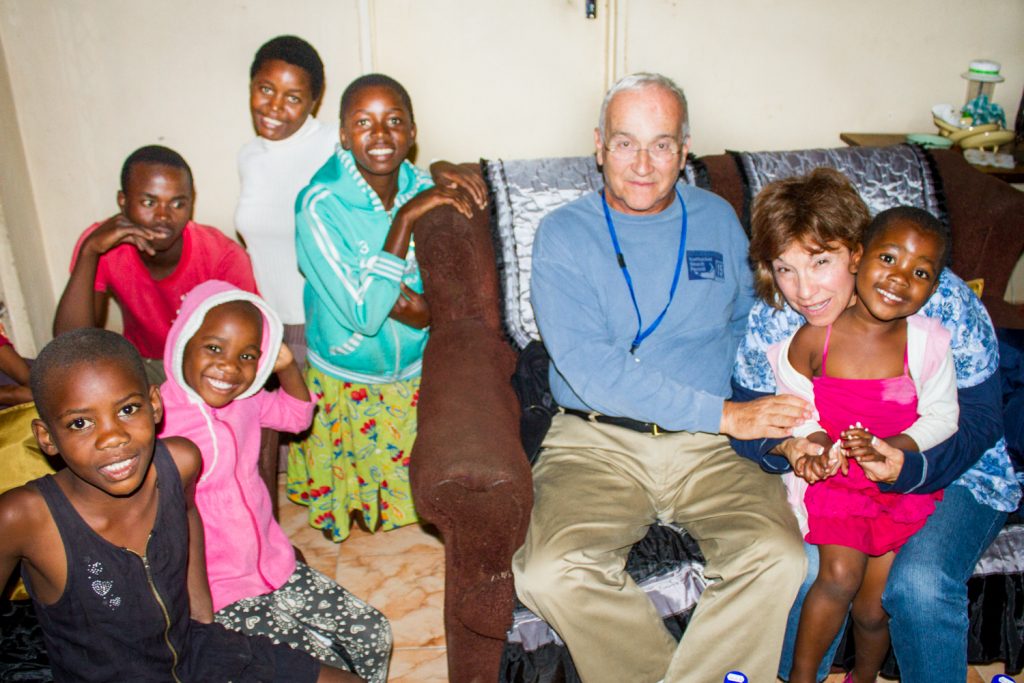 After dinner the children of the household wanted to say hi and sing for us. 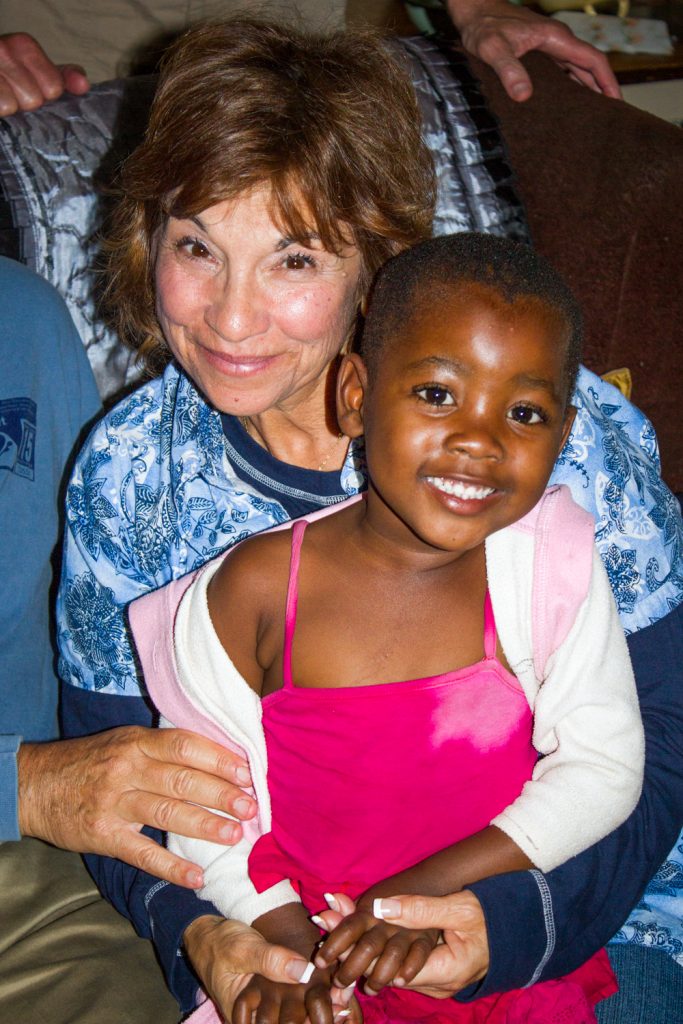 Everyone had a great time. 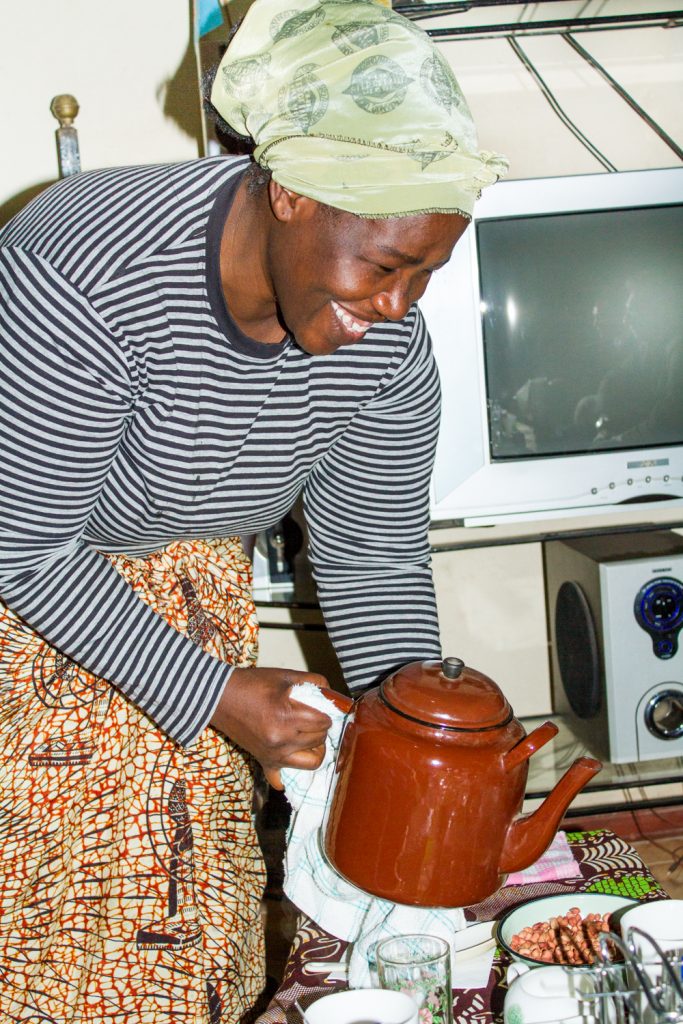 Tea or Coffee is served after dinner