The Positive Impact of Negative Ions: Your Wellness Safari In Victoria Falls

When you step into a raw, natural space, something shifts – emotionally, physically and mentally. Nature inspires a sense of empowerment and tranquillity, igniting an electrifying paradox of sensations. Anyone who has done a tour of the Victoria Falls rainforest will understand the intoxicating feeling, but not everyone understands what causes this euphoric state. Beyond the beauty of this Natural Wonder, there is something else at work here – negative ions. 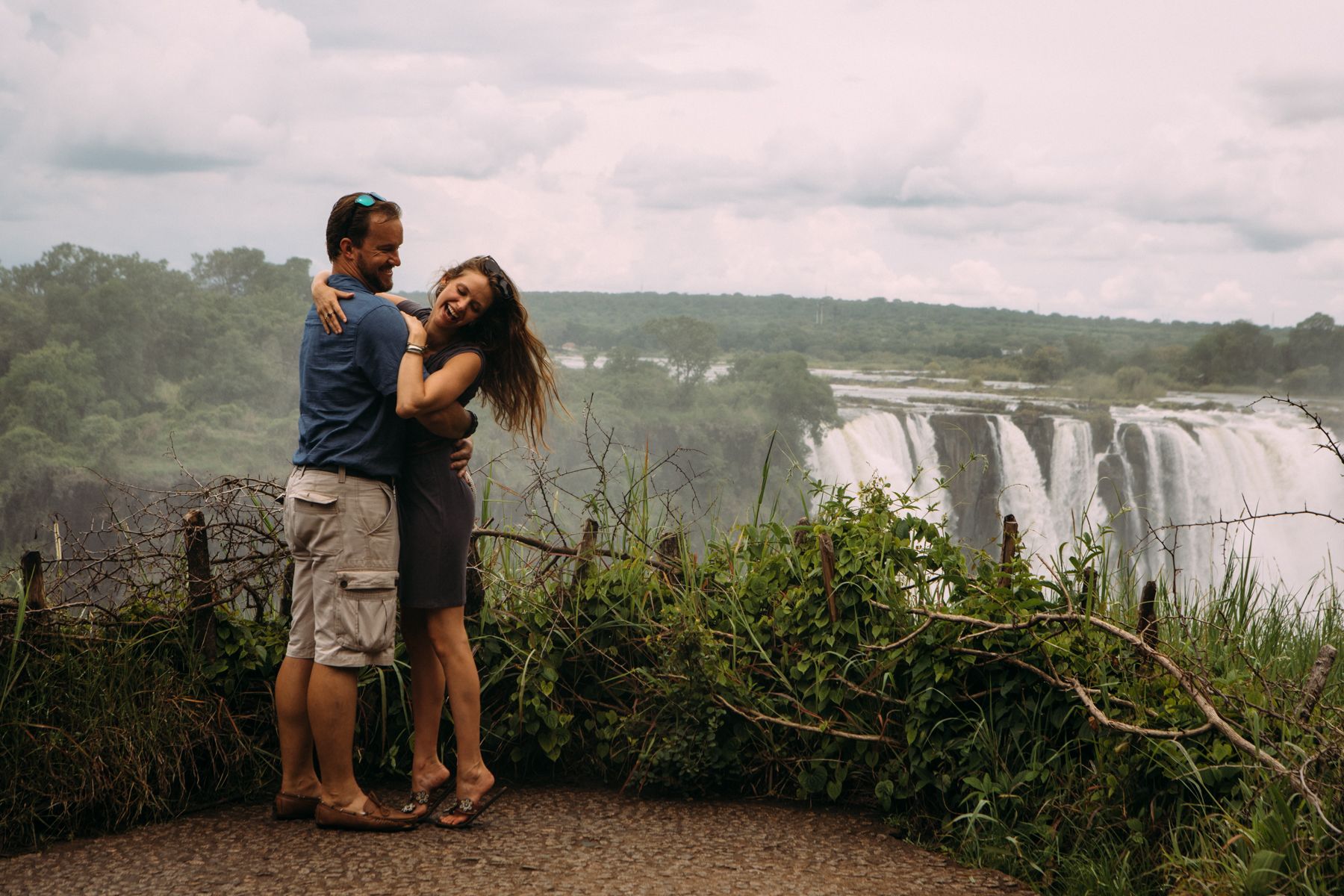 What is the Difference Between Positive and Negative Ions?

Quite simply, positive ions have lost one or more electrons, whereas negative ions have gained electrons. Though we might assume that ‘positive’ is synonymous with ‘better’, the true meaning of these terms have collapsed into their connotations and can cause confusion. Negative ions produce biochemical reactions that increase serotonin levels. This helps to:

Positive ions, on the other hand, have lost their electrical charge and the benefits that go with it.

Negative ions are created as air molecules break apart due to sunlight, radiation, and moving air and water. This is why we feel uplifted by thunderstorms and inspired by waterfalls. 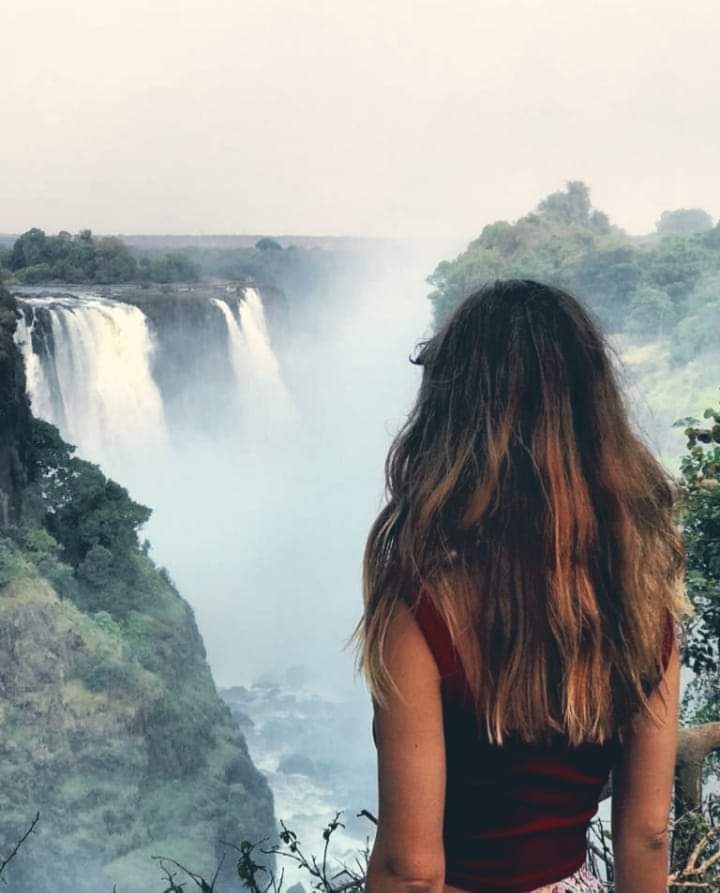 The environment in urban areas disrupts the delicate balance of ions. Artificial lighting and air conditioners deplete negative ions, causing people to feel lethargic and demotivated. Throughout lockdown, people have navigated the world from behind screens that bombard us with positive ions. A safari in Victoria Falls will influence your health measurably and positively. It is more than the roar of rushing water or the beauty of a rainbow on rainless afternoons – a safari in Victoria Falls is health generating as well as breathtaking. Now more than ever, we need to escape toxic environments for the healing power of nature.

Waterfalls and rapids are the hydraulic equivalents of fireworks. Whether you are rafting down white water rapids, or even swimming above the Victoria Falls in Devil’s Pool, negative ions will generate an increased flow of oxygen to the brain to make you more alert and energetic.

Our products have a purpose. From community empowerment to conservation and culture, we create meaningful and enlightened travel experiences that enrich your experience while giving back to the legacies that make Victoria Falls so spectacular.

Would you like to receive regular updates from Victoria Falls? Our writing team are your insiders to this incredible destination and you can have our Monthly Newsletters sent directly to your inbox. Subscribe to our mailing list for inspiring stories and all the Vic Falls Need-To-knows! It’s free and you can unsubscribe at any time.

A Game Drive at The Victoria Falls Private Game Reserve

The muggy afternoon heat was beginning to dissipate as Mike, our incredibly knowledgeable and charming guide, arrived to collect us from The Stanley and Livingstone. Almost immediately we saw a herd of zebra. This fairly common sighting suddenly became an interesting study in how zebra stripes act as a private air conditioning system, allowing them to stay blissfully cool in the heat of a Zimbabwean afternoon. Equally fascinating, although less romantic, we learnt that within the first few days of being born, baby zebras eat their mother’s dung. This provides them with roughage and ample bacteria to fight off infection during their vulnerable first days.

Suddenly we were startled by a warthog whose impressive size and demeanor was somewhat diminished by the very obvious lack of his tail. Mike explained to us that it is common to see warthogs with no tails on the 6000-acre reserve, as there is fierce competition between warthogs and hyenas for the limited number of burrows. About 70% of the warthogs have lost their tails from reversing into a burrow and finding it occupied by sharp fanged rivals!

Alerted by the smell, we were thrilled to see a pile of rhino faeces on the road. Mike explained to us how rhino have a unique system of detecting the presence of other rhino in the area. Male rhino ensure that after defecating they leave traces of urine and faeces on their back legs. These ‘calling cards’  drop off as he walks, clearly demarcating his area for other would-be trespassers! Female rhino dung can indicate an increase in oestrogen for potential suitors in the area.

Much like we humans will sniff a glass of wine trying to discern different scents and notes, so a rhino employs a similar, albeit rudimentary method to glean information. So the next time you raise a glass of wine to your nose and inhale deeply, think of the rhinos, one of which could be doing exactly the same thing at the same time. Cheers to you both!

Our glorious afternoon was complete when suddenly we came across not one, but five Black Rhino! Unperturbed by our presence and obvious excitement, these magnificent creatures strolled leisurely up to our vehicle, sniffing (of course) the air inquisitively and coolly regarding their star struck visitors. We realized how supremely privileged we were to see these 5 rhino (the herd comprises 7 in total) when Mike pointed out that the total black rhino population in the world stands now at a mere 1500. Depressing news indeed! For this reason the rhino on the reserve are regularly de-horned to deter poachers.

After the privilege of watching these incredible creatures, we made our way to the dam. Progress was delayed firstly by a herd of elephants waiting patiently for the babies to stop gambolling on the road and then by an enormous herd of buffalo whose progress indicated that they too were feeling the lethargy and peacefulness of the early evening. After a  glorious sunset, accompanied by perfectly made gin and tonics, delicious nibbles and a myriad of bird activity, we reluctantly left this stunning display of nature to make our way home, all of us enriched by an incredible afternoon in the capable hands of Mike.