Fall head over heels for these packages 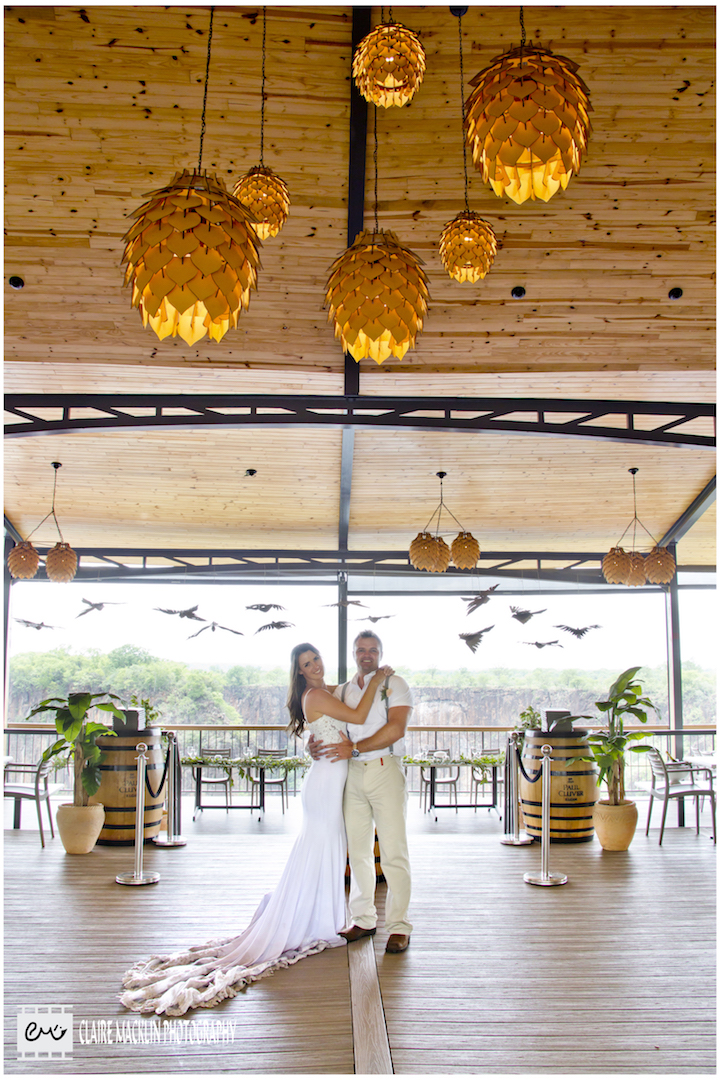 If you’ve been searching for the ultimate destination wedding, look no further! Destination weddings are becoming the new normal, as couples choose to celebrate this pinnacle life moment in an exotic destination with their closest friends and family. But planning your dream day from another part of the world comes with its own set of unique challenges. Not only are you planning a wedding, but you’re also planning a vacation for you and your guests. It can be overwhelming, which is why we have designed these Victoria Falls wedding packages in jaw-dropping venues.

White sandy beaches and the shimmering Zambezi River led the design aesthetic for our most popular wedding package. Luxury cruise boats transport guests to the enchanting ceremony site, a hidden gem along the blue-green stretch of the Zambezi. From the river, it looks as though the trees have been gently parted to reveal an exquisite oasis where you will say you I Do’s.

The natural environment comes to life with vibrant floral arrangements, creating a beach vibe that harmonizes with the surrounding wilderness.

After the ceremony and sunset cruise, guests are transferred to the next jaw-dropping venue – the Wild Horizons Lookout Café. The iconic restaurant is the perfect place to have your first dance, indulge in a three-course meal, and create life-long memories.

Tucked away on a private wilderness concession, the Batoka Gorge is one of the most breathtaking wedding venues in the world. Inspired by the dramatic beauty of the Batoka Gorge, this wedding package sets the tone for a marriage built on adventure. The site epitomizes rustic romance with soft, sophisticated special touches. From the gentle rumble of the rapids below to the swaying trees and organic elements, you will fall in love with every inch of the bush venue.

After the ceremony and sun-kissed cocktail hour, guests are transferred to the Wild Horizons Lookout Café for the wedding reception.

This fairytale wedding is complete with gentle giants and a picturesque riverine setting. The ceremony takes place in a private wilderness sanctuary, where panoramic views of the Masuwe River form the backdrop. Incorporate the inherent unpredictability of Africa into your special day by surprising your guests with an elephant encounter after the ceremony. This once-in-a-lifetime experience is the wow factor every dream destination strives for.

After the ceremony and sun-kissed cocktail hour, guests are transferred to the Wild Horizons Lookout Café for the wedding reception.

In a town filled with natural wonder and staggering scenery, the Wild Horizons Lookout Café is an iconic landmark in Victoria Falls. The Victoria Falls Bridge stretches across the Batoka Gorge with the spray from the waterfall curling like curious clouds through the black basalt channel, The package includes exclusive use of the Lookout Cafe, a plated three-course meal, chairs, arch and the signing table.

Get In Touch & Let's Start Planning Your Dream Wedding!

The Zambezi River is rising at an exponential rate and here on the ground in Victoria Falls, there has been much speculation as to whether we might see a record high water level.

On the 1st of March 2021, the Zambezi River Level reached 1.85 meters at the Big Tree Hydrological Station in Victoria Falls.

There is currently 2 910 cubic meters of water flowing over the Victoria Falls PER SECOND, three times more than on the same date last year when 969 cubic meters cascaded over.

Further along, the Zambezi’s journey past Victoria Falls takes us to Lake Kariba, which has a surface area of 5000 square kilometres.

On the 28th of February, the Lake rose by 200mm in just 24 hours, a truly phenomenal amount considering the vastness of the Lake.

The three highest peaks over the last two decades have been: 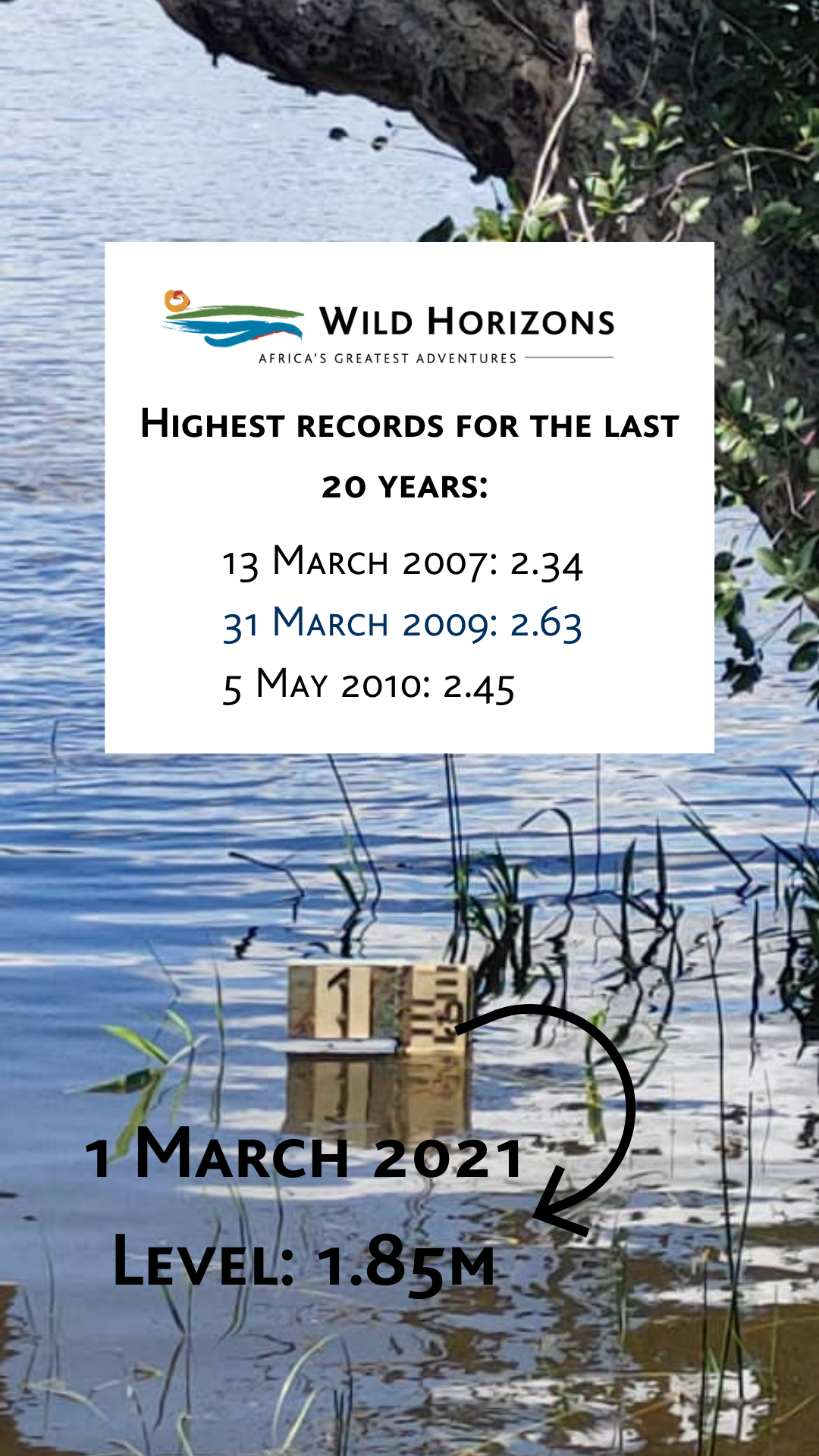 Guess The Peak River Level For This Year And Win 1 Night For 2 At Old Drift Lodge!

Our curiosity is rising with the water and the Wild Horizons Team have been debating how high the river levels will get. We have decided to run a competition on our Facebook page, inviting our friends and followers to submit their guess-timate of how high the river might rise this year. The closest answer will win 1 night for 2 at the luxurious Old Drift Lodge, Victoria Falls! 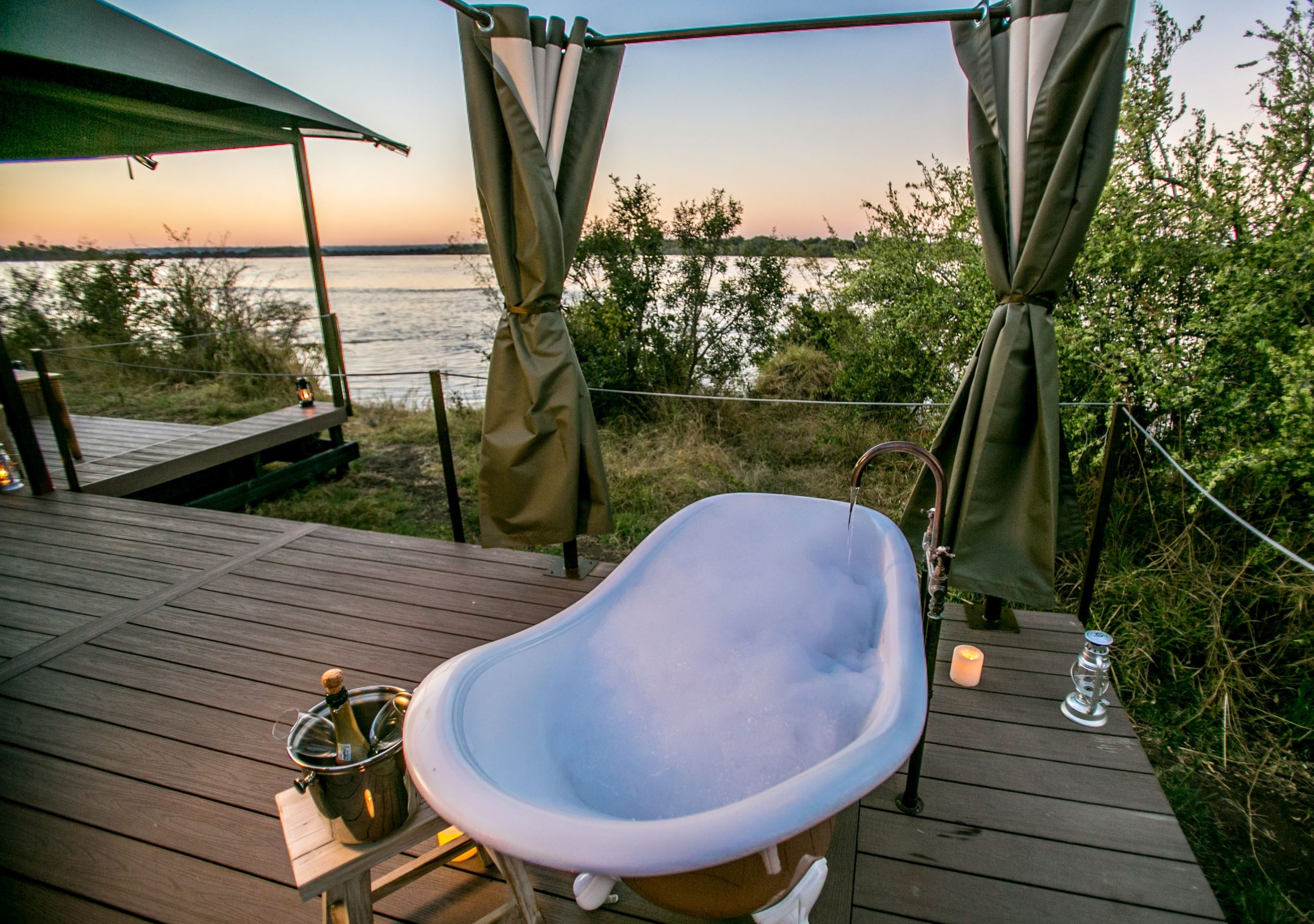 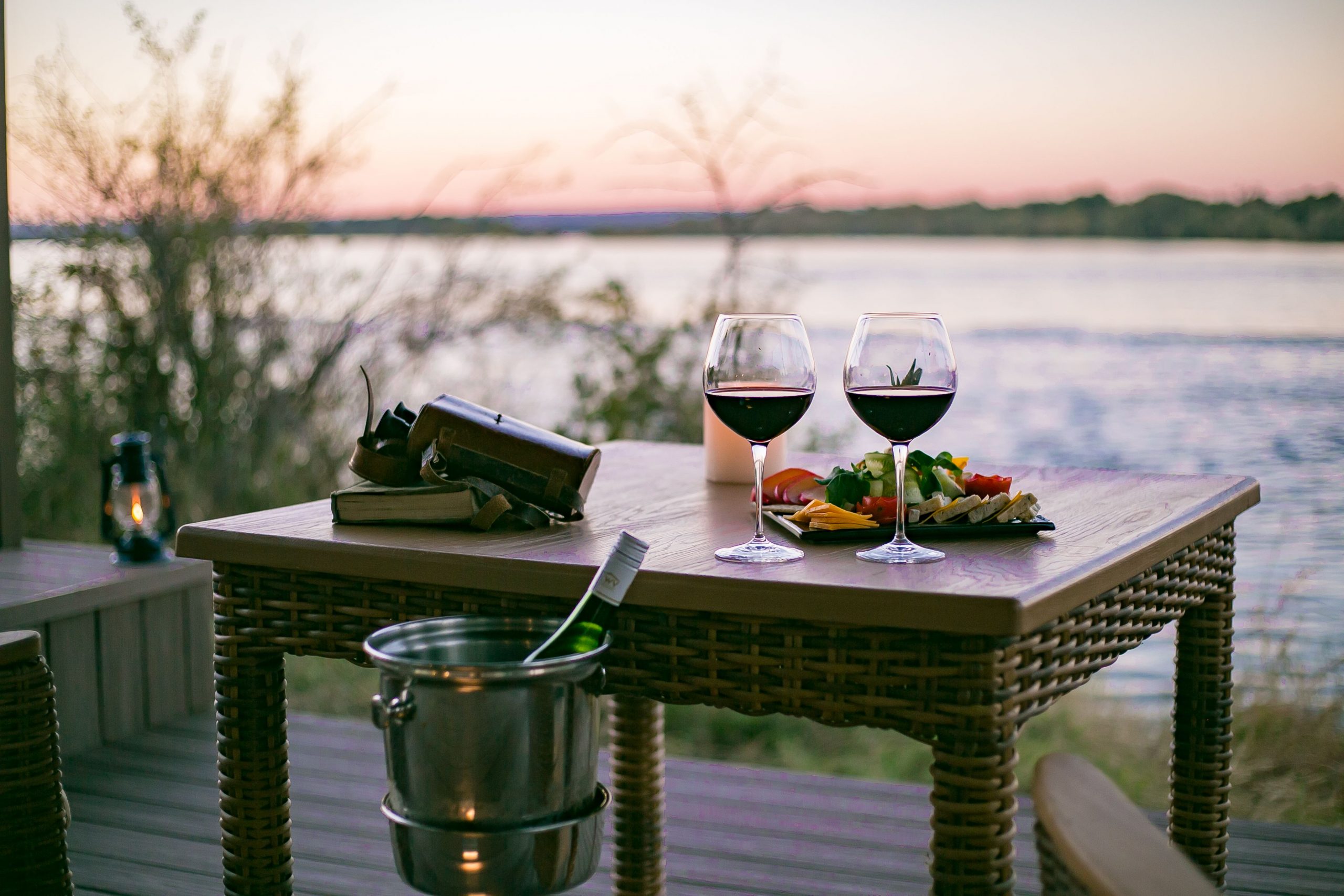 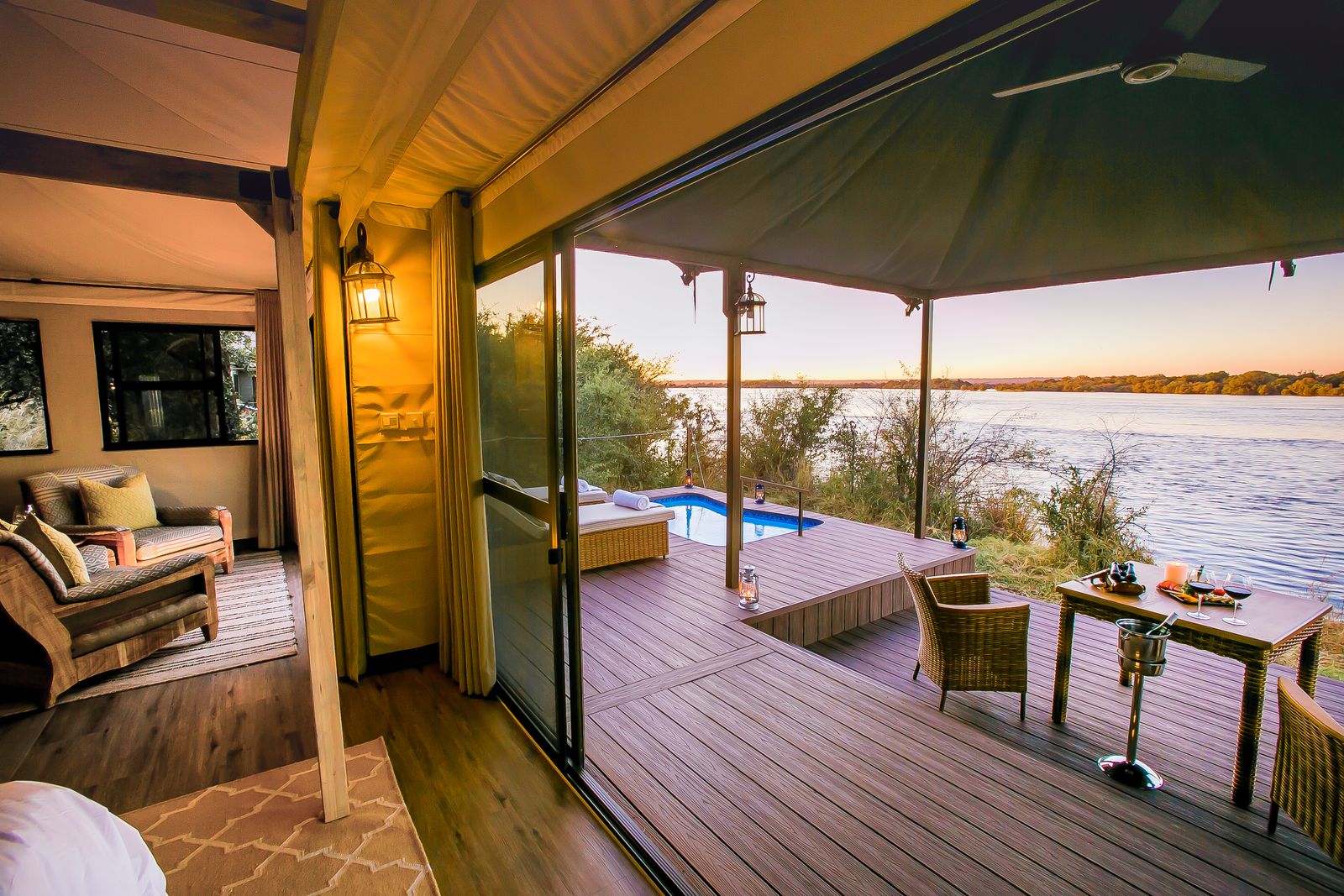 Join the discussion and let us know what level YOU think the Zambezi will reach! The competition starts on Monday the 8th of March 2021 and in order to enter, you need to email your guess to jess@wildhorizons.co.zw before Sunday the 7th of March 2021.

A table of all the answers will be posted on our Facebook and Instagram Pages, as well as in this post. Every week we will post a photo of the Victoria Falls Hydrological Gauge so we can all track who might win.

You can not have the same guess as another entrant so keep an eye on the list to make sure you do not count yourself out! 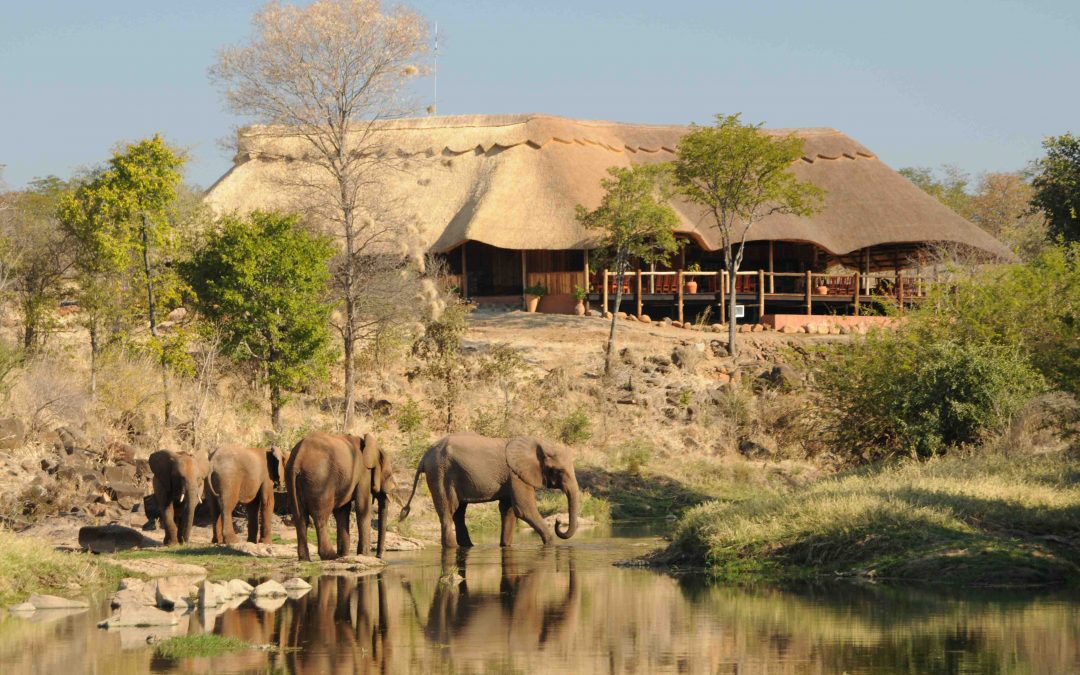 END_OF_DOCUMENT_TOKEN_TO_BE_REPLACED

The Happiness Reset: The Power of Negative Ions

The pandemic has highlighted the importance of emotional, physical and mental wellness during times of crisis. We crave places that will rejuvenate our hearts and minds, giving us the chance to rediscover the restorative healing power of nature. The Victoria Falls inspires a deep and natural sense of being. The empowering energy that charges through the rainforest can be explained by the presence of negative ions. These powerful molecules are the hydraulic equivalent of fireworks, explaining why we feel uplifted by thunderstorms and inspired by waterfalls. Visit our blog to discover more about The Positive Impact Of Negative Ions and how Victoria Falls can rejuvenate and inspire.

Get the latest updates directly in your inbox! From flight and border information to river reports and more, you will have Victoria Falls at your fingertips. 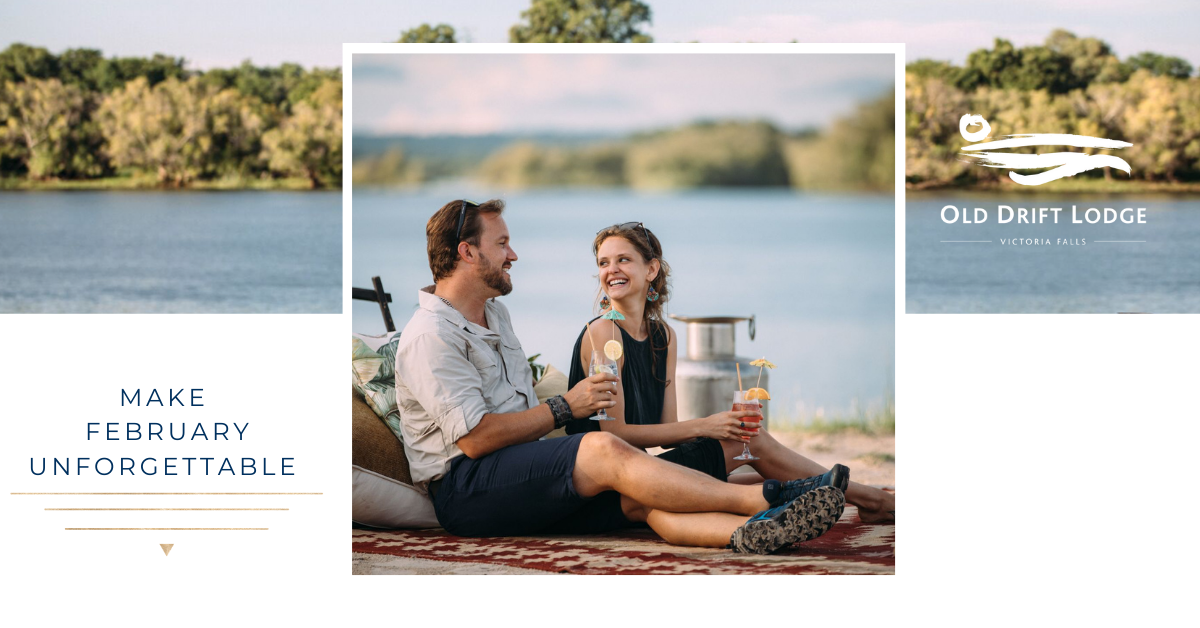 Our Valentine’s Special is an all-inclusive romantic retreat to the award-winning Old Drift Lodge for only $250 per person per night.
The special is valid for bookings throughout the month of February 2021 so you can save now and stay later.

Fall In Love With Victoria Falls

Victoria Falls… the very name of the town is romantic. It brings to mind waterfalls framed by the arch of a rainbow, night skies sequined with stars, the gentle gait of wildlife roaming across the wilderness. Old Drift Lodge is the pearl in the centre of these natural gems, where a bygone era of safari romance and meditative luxury come together in an authentic wilderness experience. It is against this spectacular setting that we launch our first Valentine’s Special to make this occasion is a standout memory in the hearts of all who stay with us.

Our luxury river-facing suites are an exclusive haven for each couple. Each suite at Old Drift Lodge includes an elegant lounge and a spacious bathroom. The four-poster bed takes pride and centre in front of glass sliding doors, through which natural light streams into the room. 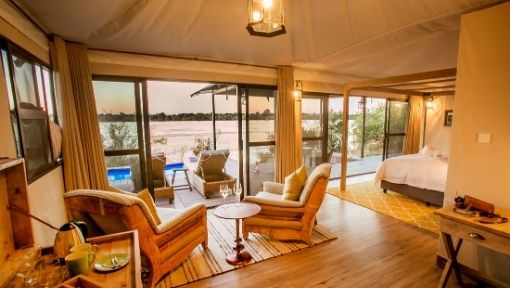 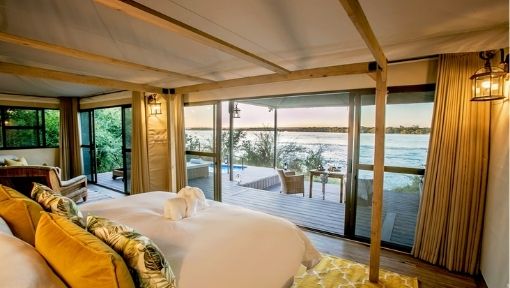 With a flute of champagne and a tub full of bubbles, it is an essential Instagram picture for all our guests at Old Drift Lodge. Spacious enough for two and positioned so that you feel the warm sun on your shoulders or see the moon reflected in the ripples of the river, the special spot is in itself the ultimate Valentine’s accessory. 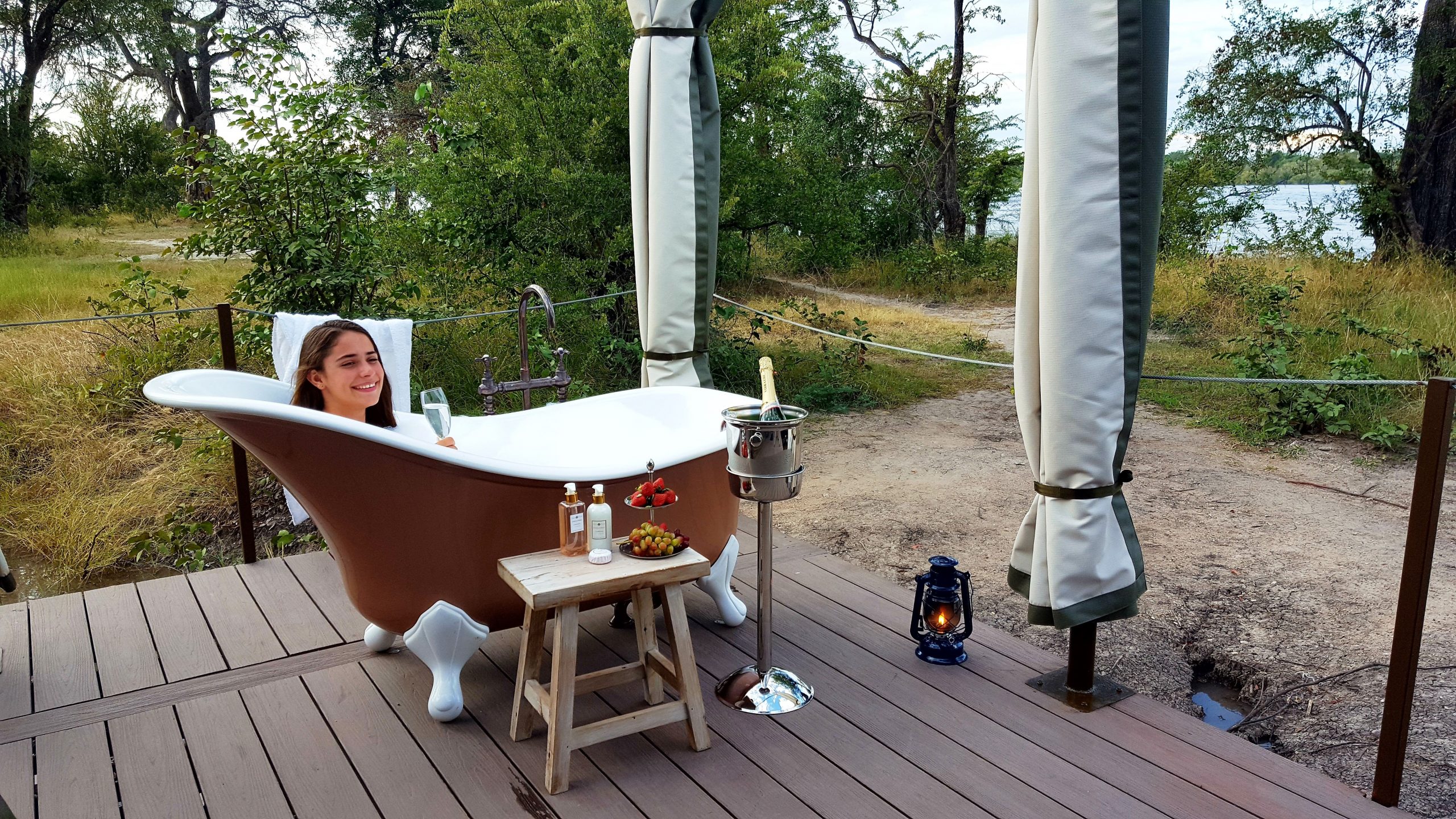 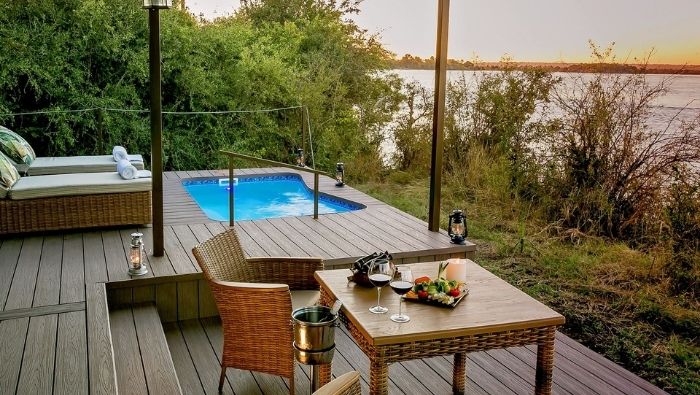 The bath shares an expansive balcony with a private plunge pool, sitting area, sun loungers and an outdoor shower.

With a stocked mini-fridge, ice machine and opulent finishing touches, it is tempting to spend the weekend cocooned in the sanctuary of the suites.

However, our all-inclusive gourmet meals, Valentine’s Special surprises and activities will ignite a sense of adventure that is impossible to ignore.

Couples are invited to be the co-creators of their safari experience, venturing beyond the classic Victoria Falls itinerary to explore indigenous tree planting, champagne sunsets, a guided tour of the rainforest and restorative river safaris.

Cocktails and canapés on the banks of the Zambezi are a highlight for everyone who visits Old Drift Lodge. Our team creates an oasis on the white sandy riverbank, where couples indulge in our chefs spread of snacks while sunset stains fill the sky before melting into the Zambezi. Old Drift Lodge is the perfect place to make sure Valentine’s is a special and exclusive occasion. 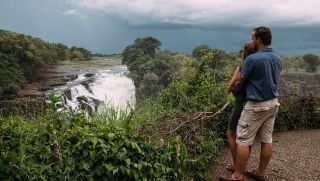 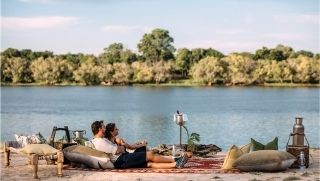 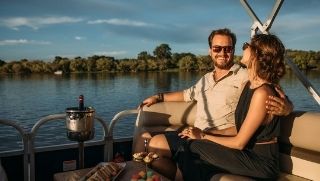 TripAdvisor rated Old Drift Lodge as the 7th best small hotel in the whole of Africa, as well as the seventh-best hotel for service in Africa. Our dedicated team is intuitive yet discreet, understanding that the experience is a chance to return to life’s simple pleasures and meaningful moments.

This once-in-a-lifetime romantic retreat has never been more affordable. For only $250 per person per night, couple’s will be treated to:

Save Now, Stay Later – The Special is Valid For All February Bookings!

The special is valid for the entire month of February 2021. With only 14 suites strung along the river, Old Drift Lodge is characterized by exclusivity and intimacy. However, bookings do fill up fast, and this weekend of a lifetime in Victoria Falls should not be missed. Please email info@wildhorizons.co.zw to discover more about our Valentine’s Special.

We recommend a minimum two-night stay.

Get in touch to discover more

In addition to extensive new health and safety protocols, Wild Horizons guests staying at our luxury Victoria Falls lodges will have the option of an in-house COVID-19 PCR test that can deliver results within hours. This builds on our six ‘Golden Rules of Prevention’ to provide a comprehensive approach to health and safety. Whether they require the test for onward travel or simple peace of mind, in-room COVID-19 tests can be arranged with the lodge management team for $60 per person.

The new measures are completely driven by the customer and were implemented with a specific question in mind, ‘When you are willing and able to travel again, what will be important to you?’ The new procedures are a direct result of that discussion.

As we move towards a new era of travel, the open space and tranquillity that define a safari experience will meet the trend for travel that emphasises wellness, space and exclusivity. We have been staying at home but staying ahead to ensure that our guests can travel with confidence and comfort, knowing that their safety is at the forefront of our mind. If you have any questions or queries, please do not hesitate to get in touch.